Three things I wish I knew when I got into advertising. 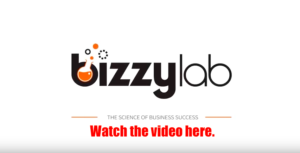 There may actually be a hundred things I wish I knew before I got into advertising, but I’ll save the other 97 for another day.

I was also on my own in high school, no parents, nobody to tell me how to BECOME Darren Stevens. Somehow I got into college and became an art major. I dabbled with the idea of being a painter but the other painters in the art department were better at it than I was and I figured they’d starve so it was back to advertising.

My talents at the time were drawing and writing. I got lousy grades in math but I could tell stories and draw. I managed to get in some graphic design classes and as many writing classes as I could and stumbled my way into my first advertising job while I was still in school.

It was terrible. It was a small “agency” run by a photographer and his wife. They fought all the time and his studio photos were bland. They’d managed to pick up a few clients for more than just the photos and I was doing illustration and paste up and layouts. It was so bad that at some point I got out and got a job as a disco bouncer. I realized early on that it wasn’t a lifetime career choice.

I didn’t have someone that could look at whatever talents I had and tell me what to do next. I worked through a series of lousy, bottom of the barrel agency and design jobs and somehow managed to collect enough of a portfolio to upgrade each time.

There was a top notch design agency called The Holmes Organization in Newport Beach. Swanky offices, beautiful work. I wanted to work there and I pestered the hell out of Richard Holmes for over a year. I hitchhiked around Europe when I was 21 and sent him hand drawn postcards every week telling him I wanted to work for him when I got home.

He eventually gave up and hired me. I spent a couple years there obsessing over bodycopy kerning and perfect headlines. I worked long hours because anything short of perfection was unacceptable. My next job was a total 180 degree shift.  At BBDO Direct, design was important but results came in first. We’d test layout after layout to deliver the best results. I found a real love of knowing my work actually DID something.

Looking back, there was a lot of simply stumbling into opportunities mixed with highly focused goals but I never had someone to offer any real guidance.

What would they have told me?

Get yourself into a top design school. You’ll work your ass off but you’ll learn how to see and how to think. No matter how much talent you have, you need real learned skills.

Minor in business. If you’re going to be in the ad biz, at some point you’ll probably run your own agency, or at least have to manage the money of freelancing. Learn some accounting and learn the value of your work.

Decide if you’re going to be a writer or an art director. I thought I’d be a designer and art director and I spent many years doing just those things but I found words came to me first. I ended up doing a lot more headlines than my writer partners and eventually ended up writing and art directing.

Learn how to sell your ideas. This came pretty naturally for me, but I’ve worked with a lot of creative types that can certainly produce great work but they couldn’t sell hot toddies in the Antarctic.

So if you’re starting out in the ad biz, find a successful mentor, buy them lunch and ask if they’d be a guide for your career. They’ll probably say yes and you’ll save years of struggle. Had someone taken me on at the beginning of my career, I certainly would have saved a lot of wasted time.

2. Find the hole in the universe that fits you best.

There are a thousand different kinds of jobs in the creative business. Find yours.

How do you think? Do you visualize? Can you close your eyes and see that perfect curve of a windshield, do you make unique connections between word concepts, do you see a thousand shades of green? Are you funny? Can you bring out emotions in strangers?

Visualize what a perfect work day would be and go back and talk to that mentor you found in the first part of this piece and seek guidance. For me, I liked people, I’m social, I can see things other people miss and I like to sell, so I ended up doing exactly what I should be doing, but it took a lot of years to get there. You can make some decisions early on and get where you need to be much faster.

Had I done this, I’d probably be doing a lot of TV commercials. I ended up doing B2B because I was good at it and those were the opportunities that came to me but I do love film and any time I’ve had the opportunity to work with it, the results were very good.

The only people who end up in the creative business got there because they could dream. It’s a very tough way to make a living and you won’t make it unless you’re willing to throw yourself on a lot of hand grenades. I talk to young people who think they want to get into advertising and they’re not sure if they want to do creative or something else.

To me, that’s like saying you’re not sure if you want kimchee or banana pudding. It’s not a coin flip. If you want to be in the creative business, it’s a lifetime commitment. It’s a dream and a goal and a great ambition. You can’t take it lightly because you’re going to have to wake up every day, go into work and make something from nothing.

And a thousand things can go wrong.

I look at the lives of others that have regular 9 to 5 desk jobs and sometimes I think to myself how simple life would be. Go in, manage some things, push some paper and go to a few meetings and go home.

Every day of my life I’ve had a blank canvas and a unique problem to solve and no time. I thrive on that but for a lot of people it would be a little slice of hell.

So if you dream of being in the creative business then that’s where you should be but don’t take it lightly. It’s a lifetime commitment to always be ready to start over again, learn something new, stay ahead, don’t let yourself rust and fight for your ideas. It’s tough. It’s brutal. But if it’s your dream, you won’t be happy doing anything else.